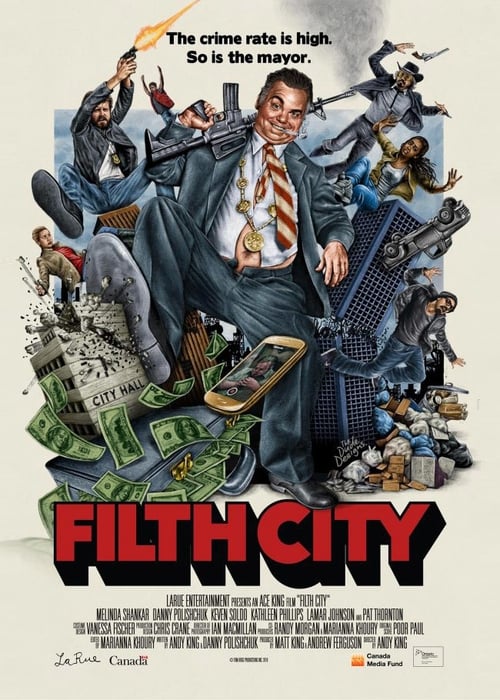 Filth City, released on 25 Mar 2017, consists of a playlist of 20 credited songs, from various artists including Pete Masitti and John Andrew Barrow, John Lee Hooker and Arab On Radar. The tracks from this movie were chosen by music supervisors Andy King and Matt King. The original score is composed by Poor Paul.