The Sisterhood of the Traveling Pants (2005) Soundtrack

The Sisterhood of the Traveling Pants, released on 1 Jun 2005, consists of a playlist of 27 credited songs, from various artists including Paul van Dyk, Mikis Theodorakis and A.B. Quintanilla III Y Los Kumbia Kings. The original score is composed by Cliff Eidelman, and an official soundtrack was available to purchase or stream on the 24 May, consisting of 12 original tracks. 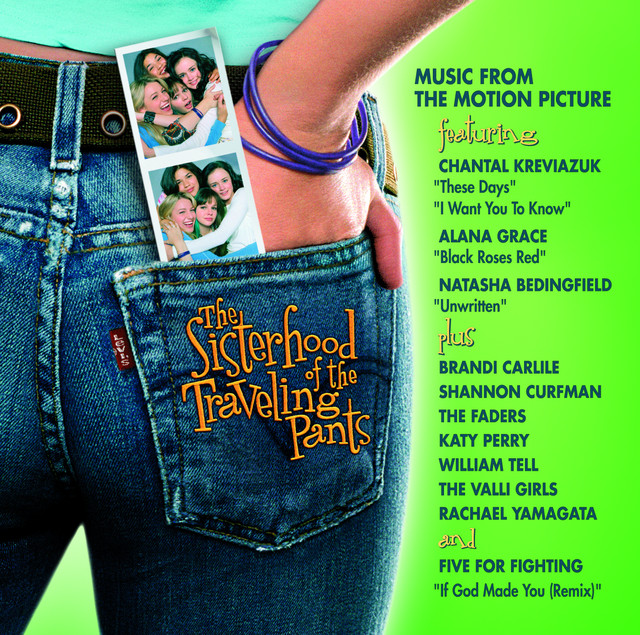 The Sisterhood Of The Traveling Pants - Music From The Motion Picture

12 songs • 2005-05-24
1.These Days
Chantal Kreviazuk
2.Unwritten
Natasha Bedingfield
11.Black Roses Red
Alana Grace
4.If God Made You - Radio Remix
Five For Fighting
5.Just For You
William Tell
6.Closer to You
Brandi Carlile
1.No Sleep Tonight
The Faders
8.I Want You To Know
Chantal Kreviazuk
9.Be Be Your Love
Rachael Yamagata
10.Sun's Gonna Rise
Shannon Curfman
11.Simple
Katy Perry
12.Always There In You
Valli Girls