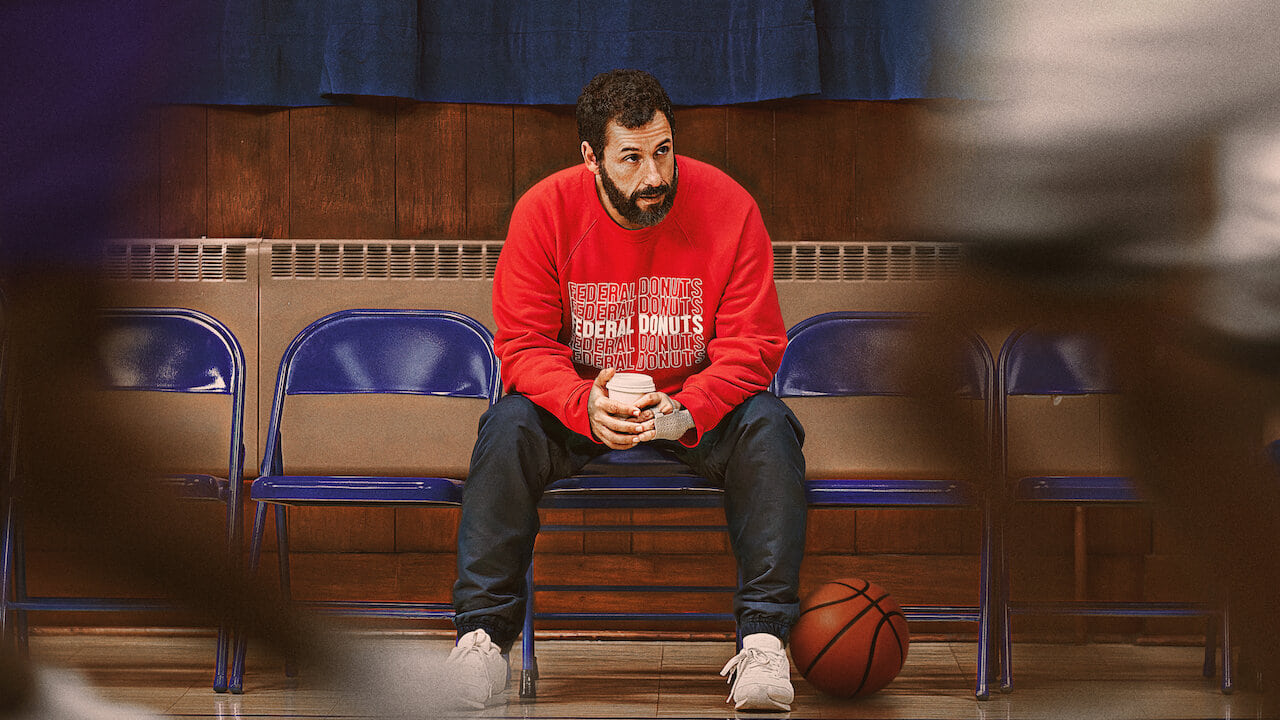 Netflix's newly released sports drama Hustle features Adam Sandler, Queen Latifah and a slew of prominent professional basketball players. This is a must-see for Sandler fans since he once again demonstrates that he can mix it with the best of them in dramas, and not only comedies. Sandler plays a seasoned basketball scout, past his prime, who wants nothing more than to become an NBA coach. However, he is stuck between a rock and a hard place, with his boss restricting him from pursuing his dream as a coach, until he can find the "missing link". Where the missing link, is the Philadelphia 76ers taking home a championship. He must go behind his team’s back to recruit a young unknown and risky talent from the street. The Hustle soundtrack is a real stand-out of the film and contains great music that perfectly fits a movie about basketball and set in Philadelphia. The songs from Hustle have a diverse mix of genres, that are used almost perfectly within the Brooklyn backdrop. The list of songs from Hustle contains a great selection of artists including Dan Deacon, The Roots, Bonie M. Eve & Wale. There are many great training montage scenes, set to the backdrop of either a great song or the original score. Dan Deacon was responsible for the Hustle's score soundtrack and composed to film in its entirety. Dan Deacon is an American composer and artist and usually sticks to album releases, but has lately been finding himself in films. Hustle is most likely Dan's biggest score yet, and his official soundtrack of 19 tracks is the perfect accompaniment for the film. The Hustle soundtrack is one of the more appropriately selected track lists of 2022, so have a listen to the complete list below, and let us know your favorite in the comments below.

The World Is Mine

Montage of Stanley as he travels around the globe, watching international players, and arrives at the airport and eating and sleeping in his hotel rooms.

Dog on a Swing Set

Stanley comes back home to Philadelphia.

Stanley tells his wife, Teresa, about his assistant coaching promotion; (continues) Stanley drives his daughter, Alex, to the movies.

Stanley sings his car right before learning that the owner of 76ers passed away.

Feel It In The Air

It Never Entered My Mind

Montage of the Sugerman household as Stanley and Teresa discuss his future with the 76ers after the new owner, Vince Merrick, tells him he must go back to being a scout.

In Spain, Leon attempts to recruit Stanley to become an agent.

Stanley talks with Bo Cruz and his mom, Paola, about his future.

Stanley and Bo's arrive to Philadelphia to begin training for the NBA Drafts.

Stanley arrives at the hotel in search of Bo.

Everyone gathers before the scrimmage that takes place before the NBA Combine.

[First half of the montage] Bo Cruz's training montage.

[Second half of the montage] Bo Cruz's training montage.

In order to boost Bo Cruz's notoriety, the Boa Challenge is born as he plays against streetballers and professional NBA players to prove his talents.

Stanley drives Bo to the airport with the belief that their dream has fallen short.

Change Your Life (You Can Do It)

Stanley and Bo go to the last-second secret game just before the NBA Draft picks.

Stanley walks to the court as an assistant coach for the Philadelphia 76ers.

Hustle (Soundtrack From The Netflix Film)

Streetball One On One