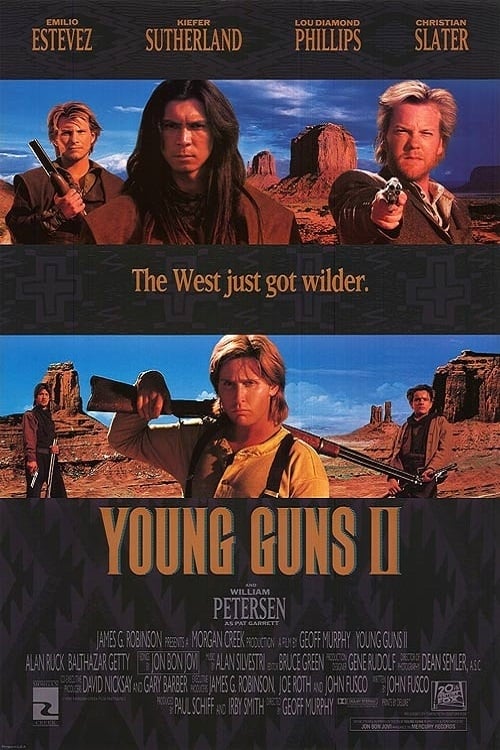 Young Guns II, released on 1 Aug 1990, consists of a playlist of 21 credited songs, from various artists including Jon Bon Jovi, Jon Bon Jovi and Jon Bon Jovi. The tracks from this movie were chosen by music supervisors dd. The original score is composed by Alan Silvestri.