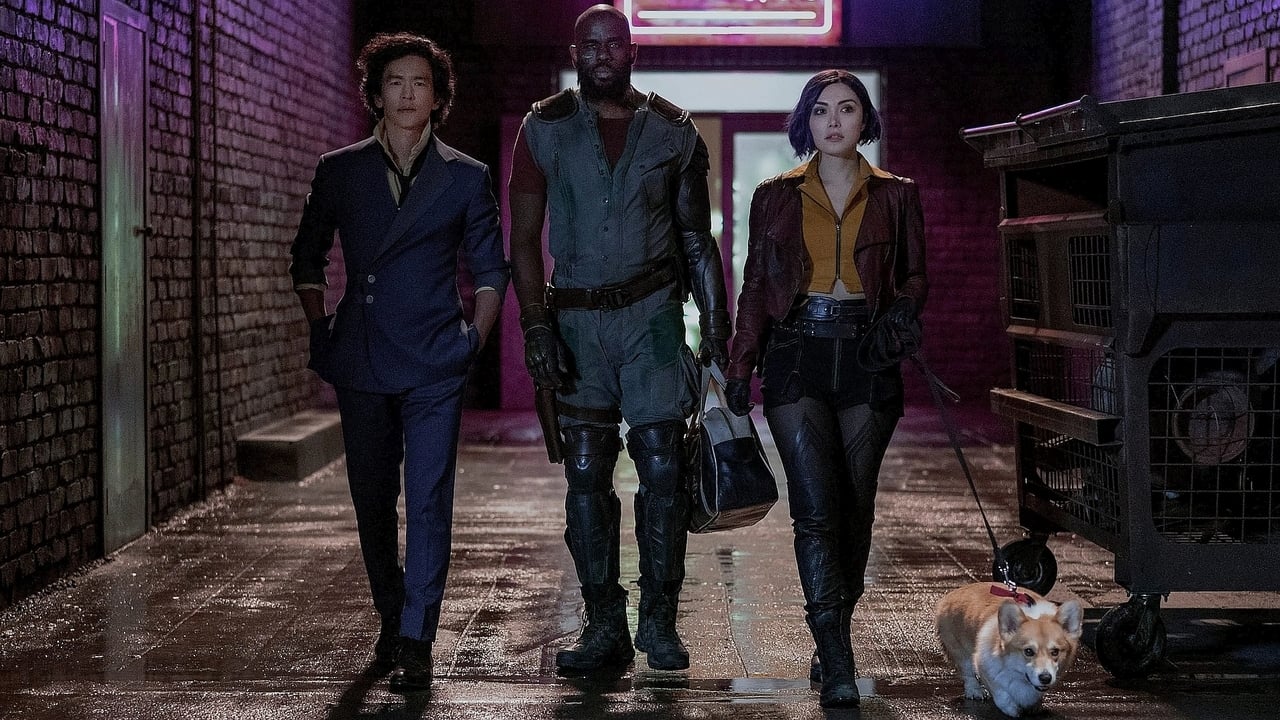 At the Watanbe Casino, Tanaka and his crew hold up a "corporate" casino; mid-heist, Tanaka gives a speech to the hostages about the corporate elite and his and others looses at their hands; the supposedly guarded elevator door rings as it lands to the floor the crew are on.

As Spike rides down on the elevator he listens to music from his headphones; (repeats) [0:32] Lounging on the couch, Spike listens to music when Jet asks him about the person yelling from the bathroom of the Bebop.

What Planet Is This.

[Re-recorded version] Spike and Jet take on Tanaka and his crew in the casino.

[Re-recorded version] Jet and Spike work the save themselves, the casino inhabitants and Tanaka after Frank's Disruptor accidentally fires off and the hull of the casino begins to decompress.

In space, the Bebop flies towards an Astral Gate then heads off after being cleared to travel but not before Jet has a words with the transit operator about the gate fees; after closing the blinder shields on the windows of the Bebop, Jet cooks up food for himself and Spike then the two converse.

The Egg and You

Spike works out on the BeBop; after talking it over Jet and Spike agree to go after a new bounty on TJ; the BeBop lands in the water off of New Tijuana.

[Re-recorded version] Spike and Faye begins to fight over Katerina which causes Faye's gun to go off; Asimov is alerted to trouble outside when a stray bullet flies through window of the farmacia as his wounds get stitched up, he rushes out to rescue Katerina; Spike and Faye's fighting allows for Katerina and Asimov to get away.

Road to the West

Spike and Faye's fighting allows for Katerina and Asimov to get away; Spike hesitates to shoot Katerina as she drives away; (repeats) [0: 42] as they reach the warp gate in the stolen Zipcraft, Katerina realizes that Asimov has succumb to his injuries causing him to die and causing her to become distraught; the ISSP warn Spike and Katerina to move away from gate; Spike flashbacks to when he "died" by the Syndicates; Katerina dismisses Spike and charges forward towards the gates and the armed ISSP.

Figuring out where Asimov and Katerina will be head, Spike and Jet take off from the Bebop hanger with Spike on air in the Swordfish II and Jet on ground on his motorcycle.

Faye breaks out of the bathroom, snoops around, steals a gun then hijacks the ship.

Asimov and Katerina reach the Aeropuerto Spaceport where they threaten the mechanics to flee but before they can make their escape in a vessel their stopped by Spike and Jet who try convince them to turn themselves over to them; Asimov uses Red Eye; now in a drug-enhanced state, Asimov fights Jet and Spike when the Syndicate members arrive at the scene; (continues) [0:38] After the truth of Katerina's hidden truth behind her pregnancy is reveal, Spike takes on the Syndicate; Katerina scrambles to gather the Red Eye vials from the ground; Spike kills Chivo to keep his secret; Asimov chocks out Jet when he's shot.

In the middle of the shootout between Asimov, the syndicate, and the cowboys, Katerina is shot in the stomach revealing her pregnancy bump to be fake and filled vials of Red Eye.