Johnny Knoxville and his crazy friends appear on the big screen for the very first time in Jackass: The Movie. They wander around Japan in panda outfits, wreak havoc on a once civilized golf course, they even do stunts involving LIVE alligators, and so on. While Johnny Knoxvile and his pals put their life at risk, they are entertaining people at the same time. Get ready for Jackass: The Movie!! 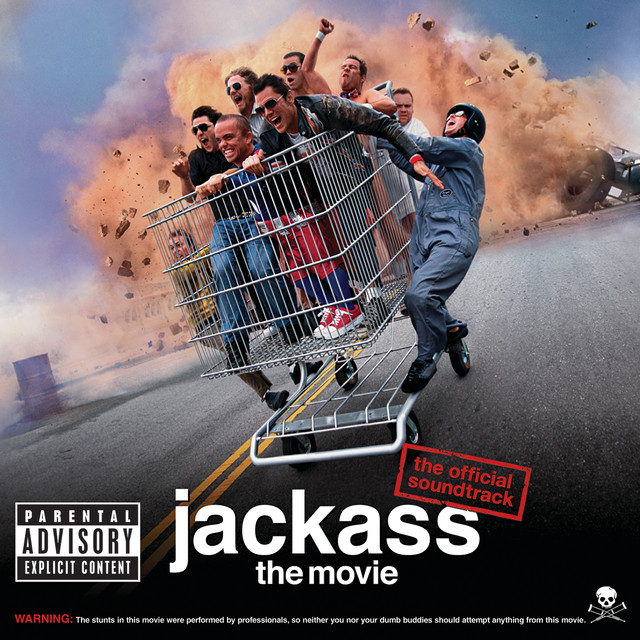 14 songs • 2002-10-25
1.Hi, My Name Is Johnny Knoxville
Johnny Knoxville
2.Corona
Minutemen
3.We Want Fun
Andrew W.K.
4.Flesh Into Gear
CKY
5.Somebody Gonna Get Their Head Kicked In Tonight
The Rezillos
6.California Sun
Ramones
7.Alright, Alright (Here's My Fist Where's The Fight?)
Sahara Hotnights
8.Let's Get Fucked Up
Smut Peddlers
9.Hybrid Moments
Misfits
10.Cha Cha Twist
The Detroit Cobras
11.Angel Of Death
Slayer
12.Baby Got Back
Sir Mix-A-Lot
13.How Did I Get There?
Ryan Dunn
14.If You're Gonna Be Dumb/Wait A Minute, I Know What My Future Is/Party Boy Theme
Roger Alan Wade
Become a VIP supporter to remove ads • $3/mon