Down with Love, released on 8 May 2003, consists of a playlist of 15 credited songs, from various artists including Michael Bublé, Steve Cray and Xavier Cugat & His Orchestra. The original score is composed by Marc Shaiman, and an official soundtrack was available to purchase or stream on the 13 May, consisting of 12 original tracks. 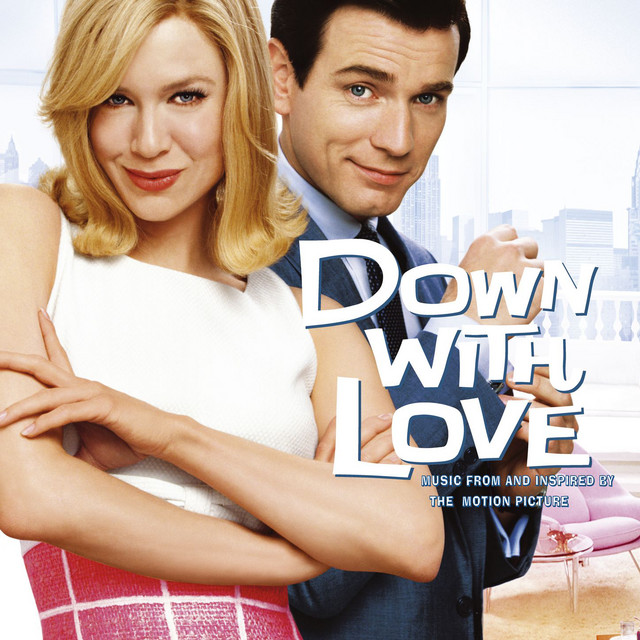 Down with Love (Music from and Inspired by the Motion Picture)

12 songs • 2003-05-13
1.Down with Love
Michael Bublé
2.Barbara Arrives
Marc Shaiman
3.Fly Me to the Moon (In Other Words)
Frank Sinatra
2.One Mint Julep (Cha-Cha Twist)
Xavier Cugat & His Orchestra
5.For Once in My Life
Michael Bublé
6.Girls Night Out
Marc Shaiman
7.Everyday Is a Holiday with You
Esthero
8.Kissing a Fool
Michael Bublé
9.Barbara Meets Zip
Marc Shaiman
4.Fly Me To The Moon
Astrud Gilberto
11.Love in Three Acts
Marc Shaiman
12.Here's to Love
Renée Zellweger