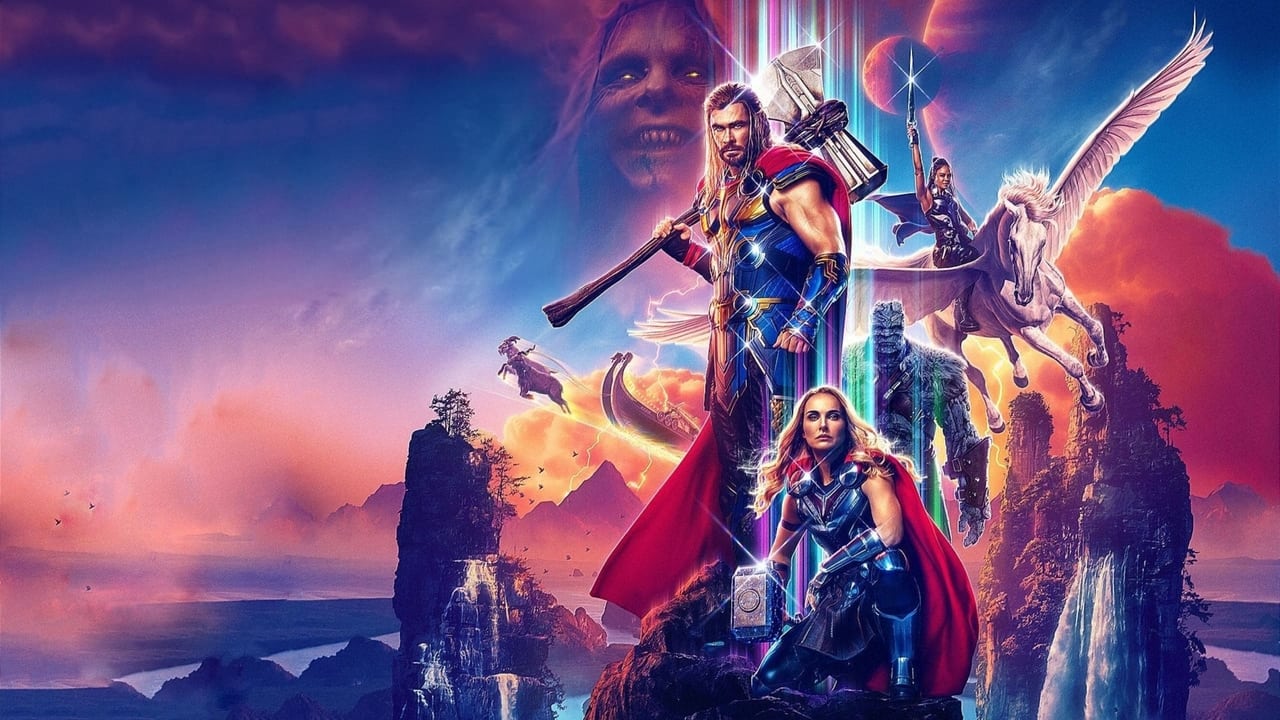 Released by Hollywood Records on July 6th, 2022, The Thor: Love and Thunder Soundtrack is a must-have for any fan of the Marvel Cinematic Universe. Featuring an original score by Michael Giacchino and Nami Melumad, the soundtrack brings the thunderous excitement of Thor: Love and Thunder to life. From the heart-pounding opening song "Asgardian Showdown" to the anthem "Hulk Smash!" the Thor: Love and Thunder Soundtrack is an essential piece of the MCU puzzle. With a run time of nearly an hour and a half, the Thor: Love and Thunder Soundtrack is sure to please even the most diehard Marvel fans. Director Taika Waititi stated that he wanted the songs from the Thor soundtrack to match the aesthetic and feeling of the movie - that being, "bombastic, loud and colorful". Guns N Roses is also one of Waititi's favorite bands, and he wanted them to feature in the film to help reflect the visually crazy adventure and storyline they were trying to tell. They used three Guns N Roses songs in the film, including "Sweet Child of Mine", as well as other artists such as Enya, Abba, Ciara and Rio. "Sweet Child of Mine" was also used in the official trailer and other marketing campaigns for the film. Michael Giacchino was responsible for composing the original score, which contained 28 songs. Michael has previously been responsible for other hollywood blockbusters such as Ratatouille (2007), Star Trek (2009), Up (2009), The Batman (2022), Jojo Rabbit (2019) and Jurassic World Dominion (2022).

Gorr and his daughter find themselves the last on their home planet which has become a desert planet not, together cradle one another as hunger of thirst.

Welcome To The Jungle

At the behest of King Yakan, Thor joins the battle with the Guardians of the Galaxy battle to fight the Booskan for the planets holy temple; Thor fights and killing the army.

Jane reads about Viking Myths book on the abilites given by of Mjølnir, shortly before her arrival at New Asgard; Montage of King Valkyrie as the King of New Asgard and fulling her kingly duties.

Axl listens to music in his room as does his homework when Gorr uses the Necrosword to swarm New Asgard with shadow monsters who begins attacking the city.

Valkyrie shows Jane portable speaker during their inventory check before they depart for Omnipotence City.

Using Stormbreaker along Tanngrisnir and Toothgnasher with an Asgardian boat, Thor, Jane, Valkyrie and Korg traverse on the Biforst to Omnipotent City; Valkyrie being the group disguises; (repeats) [1:55] 4th end credits song.

Korg manages to find right whistle tone to summon the goats, Tanngrisnir and Toothgnasher, bring them and the ship to the god’s hall; Valkyrie grabs Zeus' Thunderbolt as she and other still away on the ship-boat and away from Omnipotent City; (repeats) [1:48] Thor and his new ward head off as Love and Thunder to defend aliens from being attacked with Mjølnir and Stormbreaker in their hands; Korg continues telling the title; (continues) 1st end credits song.

Valkyrie messes with Thor's body as he astral projects (vision shares) with Axl and the other Asgardian children in the Shadow Realm; (continues) Valkyrie, Thor, Jane and Korg go over the prospects of beating Gorr as they travel to the Shawdow Realm.

Jane and Thor watch space dolphins when Korg begins to sing karaoke with Valkyrie holding up the mic for him.

Using Stormbreaker along Tanngrisnir and Toothgnasher with an Asgardian boat, Thor, Jane, Valkyrie and Korg traverse on the Biforst to Omnipotent City; Valkyrie being the group disguises; (repeats) [1:55] 4th end credits song.

Thor instructs Axl now General Axl to lead his fellow imbued friends and army against Gorr's army of Shadow creatures to get to the Stormbreaker; Montage as the Thor kids wreck havoc against the monsters using their Thor powers; Thor takes on Gorr and Necrosword using Zeus' Thunderbolt; a weakened Jane finds herself being called by to action by Mjølnir.

Foster? I Barely Know Her!

One Wish to Rule Them All

Thor goes to Jane to spend their last moments together after informing Gorr that wish could be for love and not death; Gorr makes his dying wish on Eternity after.

All's Fair in Love and Thor

Gorr finds his daughter resurrected by Eternity, they embrace as he dies.

Jane asks for Thor to keep this heart open as she dies, they share one last kiss before Jane succumbs to her cancer, vanishing into Valhalla.

Rainbow In the Dark

As he begins to recover from his injuries, Zeus, vows to make Thor pay and orders his son, Hercules, to kill Thor; (continues) 2nd end credits song.

Mama's Got a Brand New Hammer

Mama's Got a Brand New Hammer

Indigarr with the Diva

The Not Ready for New Asgard Players

I Was in the Pool!

Think on Your Defeat

The Power of Thor Propels You

Foster? I Barely Know Her!

One Wish to Rule Them All

All's Fair in Love and Thor

The Kids Are Alright