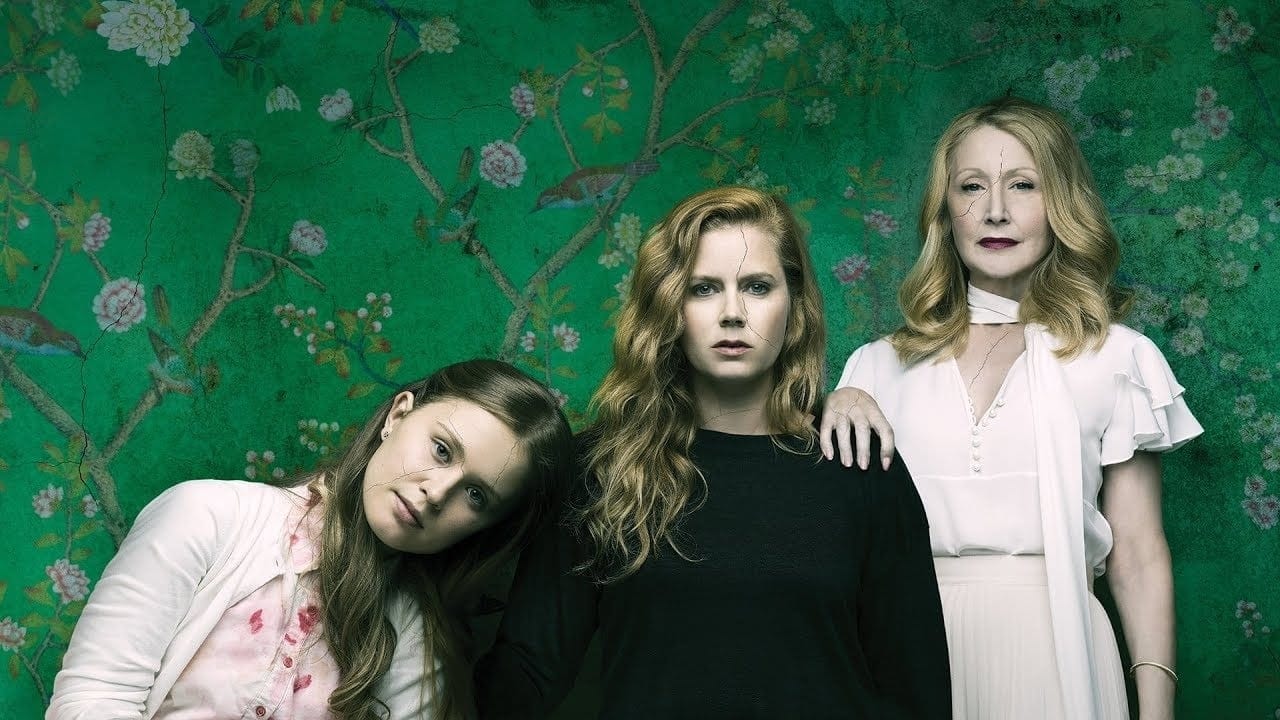 First scene as Camille gets back in the car after collecting her broken ipod from the road.

You Made Me Love You (I Didn't Want to Do It)

Officer Vickery's wife plays this song as he gets up and ready for work. Continues as he drives to work.

Amma tries to apologise to Camille.

Amma plays this song in the house and dances with her mama.

Camille is listening to this song from her computer as the maid knocks.

Camille talks with John Keene at the bar before abruptly leaving when she hears a piece of worrying information.

Camille rushes out of the bar in a frantic search of Amma. Continues during final scene and first song during the end credits.

Camille searches for Amma in the car.

Mama's Gonna Give You Love

Song is heard briefly as the girls are rollerskating and shoot a stop sign. Intercut with other songs as we see flashes of different characters.

Thinking of a Place

The War on Drugs

Riders On The Storm

What is the name of the song her mother puts on the record when she has a flash back of her birthday? It’s a beautiful piano piece but I can’t find it

Hi, In episode 4 the generic music is rap: cupcake pretty girls. Who is singing it? Thanks!

What song is playing during the end credits of episode 4?

The war on drugs/ Thinking of a Place

I also was wondering. Driving me crazy!

What song played when Ama was skating in front of the car at the very end? The song coming from the car?

Sorry Annisa Luth Fla, I just saw your second comment. So ignore my other answer, I only caught the Nana Mouskouri because I think she's amazing & the clue of who to keep a closer eye on

I want to know what was the song that played as the credits were rolling. It was not a female... it was a guy. Anyone know?

The second song in the end credits is called Thinking of a Place, by The War on Drugs

Virginia is absolutely correct this is a classic, it’s from the award-winning French movie, "Les Parapluies De Cherbourg" (*The Umbrellas of Cherbourg), about young lovers. The girl sings this song (same name as the movie) in deep despair after the young man she loves is sent off to fight in a war. The singer is Nana Mouskouri and the line she sang when Amma was caught in the headlights is, "Oh, Je t'aime! Ne me quitte plus pas" (Oh, I love you! Do not leave me [alone] any longer). They included French in the show because of the heavy French influence seen in Missouri, which belonged to France until 1803 when the US bought it as part of the Louisiana Purchase. *I suspect the movie is one of the larger clues hidden in what appears to be a meticulously selected soundtrack, if one wanted to know more they might look up its English name on Wikipedia. ;-)