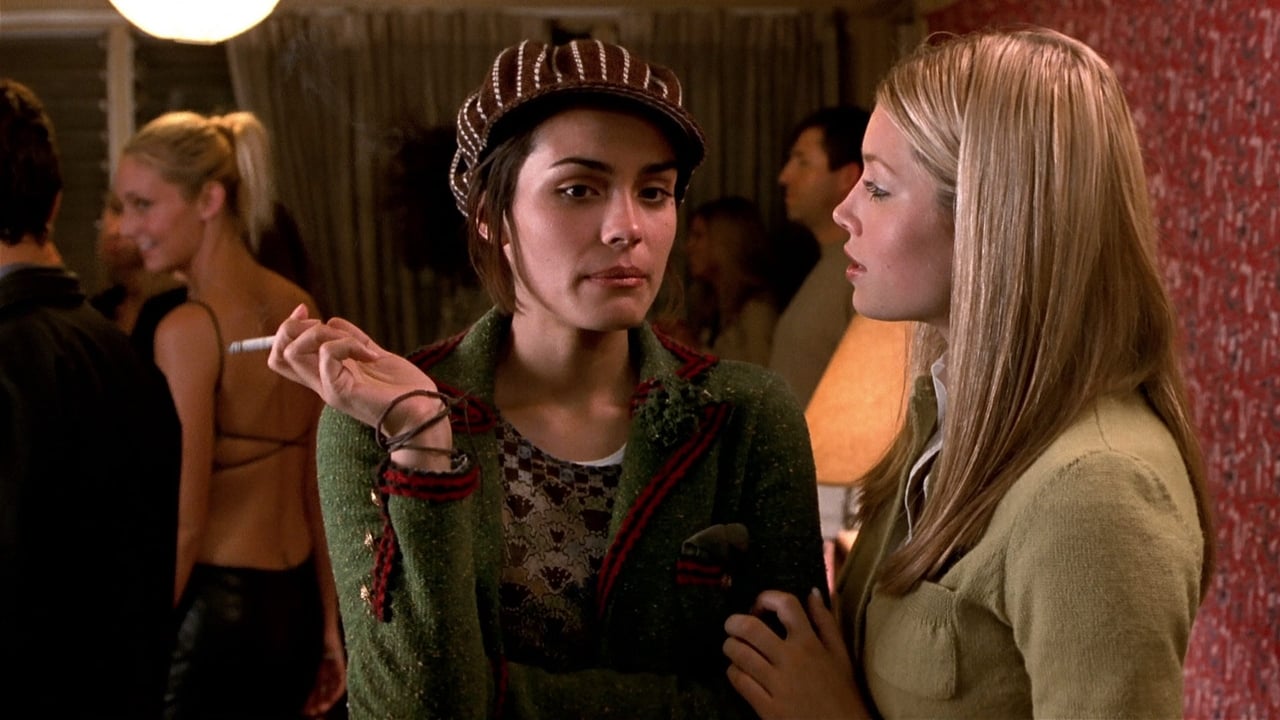 The Rules of Attraction Soundtrack [2002]

Lauren recounts how Lara got really drunk and went wandered through Windham House and did the whole football team.

Lauren listens to a NYU film student on a couch ramble on about films.

Lauren brings the NYU film student to her dorm room and passes out on the bed. [0:06] Introduction to Paul as he is talking with two students before he drifts his attention to Sean Bateman. One of the students remarks that they like this song playing at the party and Paul asks him if he has ecstasy. [0:11] Introduction to Sean Bateman. He looks for a female student to have sex with.

Carol Of The Bells

Lauren comes to after passing out and notices the NYU film student filming her as a townie anally rapes her and regrets her decision of not asking Victor out. [0:08] Paul and the student does ecstasy at his dorm room and Paul makes a move on the student. The student reacts by pushing him away and kicking him out the dorm room, telling him that he isn’t gay. [1:44] Lauren leaves the party and finds Paul sitting outside. Paul tells Lauren that Sean really likes her and asks her if she was the one that was placing notes in his mailbox.

Sean (James Van der Beek) sings Kelly a song on his guitar in his room before having sex with her.

Song after opening credits. Sean and Lauren are at college. Paul is doing yoga.

Out of the Races and on to the Tracks

Paul is at the bonfire party. He dances over to Mitch and Mitch tells him to stay away from him.

Second song at the bonfire party. Paul and Sean meet and talk.

Lauren (Shannyn Sossamon) wakes up to this song in the morning. She brushes her teeth and walks to college. Split screen as Sean wakes up and has a smoke.

Paul gets dressed and tries on clothes in front of the mirror.

They drive Harry (Jay Baruchel) to the hospital after he tries to commit suicide. This song plays in the car ride over.

Lara (Jessica Beil) is getting ready in front of the mirror while Lauren looks at a book on the bed. They talk about the pill.

German song playing during the party. Sean is talking to Lara, he wants to know if Lauren is coming.

Lauren’s professor plays this song as he signals her to the couch. She gives her professor a blow job as the song reaches to a climax.

Sean and Paul are smoking pot in Paul's room. Split camera as Paul imagines having sex with Sean.

Lara and Lauren are snorting cocaine and Lara tells her tonight's the night with Sean.

Richard 'Dick' and Paul are dancing together on the bed.

When I Get You Alone

First song at 'The Dressed to Get Screwed Party'.

Sean has sex with Lara high on shrooms while imagining having sex with Lauren.

After Sean receives his last letter from his admirer. She takes a bath and cuts her wrists and commits suicide.

After the girl commits suicide. Lauren is skateboarding while crying over Sean. Sean reads the letter and knocks on Lauren's door.

After Sean attempts to commit suicide. Lauren finds him with fake blood all over him and she runs away.

Sean brings Mitch to Rupert’s house to buy some drugs.

The Gentleman who Fell

Lauren is crying on her bed looking over her book. Her friend tells her Victor is back from Europe.

Sean is sitting and drinking at the theater steps in the snow as Paul approaches him and tries to talk to him. Sean tells him that he is not sexually interested in him. Sean checks his campus mailbox before being cornered by Rupert and Guest.

Song at the End of the World party.

First song during the end credits.